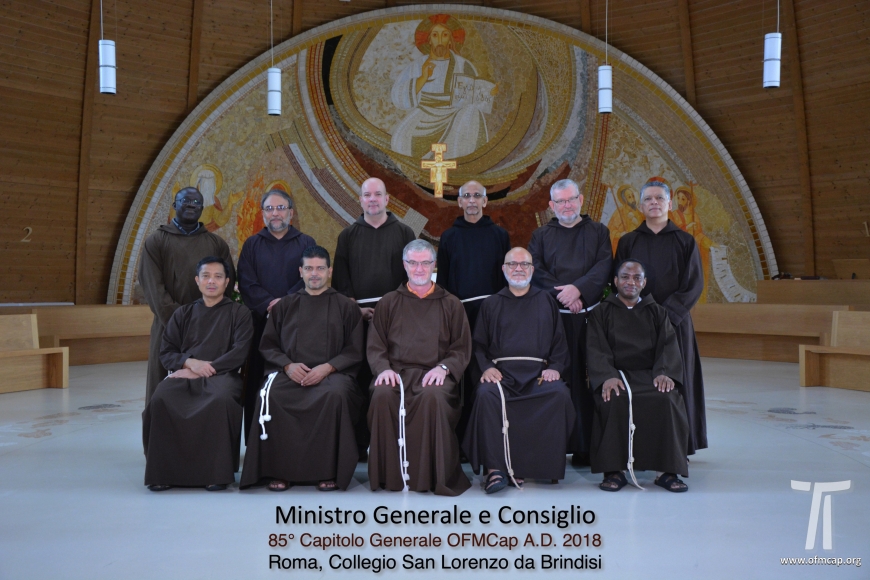 Rome, September 7. This morning concluded the elective aspect of the General Chapter with the election of the General Vicar of the Order. The Constitutions describe his role: “The general vicar is the first collaborator of the general minister, and if the minister is absent, takes his place.” (126, 1)

The capitulars, by now experts in the electoral procedures, elected the new General Vicar on the second ballot in the person of Br. José Ángel Torres Rivera, until his election today Custos of the Custody of Puerto Rico. The new General Vicar was born in New Jersey (USA) in 1972, made perpetual profession in 2000 and was ordained priest in 2001. He holds a bachelor’s degree in secondary education with a specialization in chemistry. He also studied at the Gregorian University in Rome, receiving the diploma and then licentiate in Canon Law. He has had various assignments as a friar: guardian in many places, including the General Curia, procurator and bursar in his Custody, bursar of the Jerusalem house, and finally Custos. Br. José Ángel speaks Spanish, English, and Italian.

With the election of the General Vicar the Order has a full administration, as was emphasized also by the solemn reading of the profession of faith. There remains for the General Chapter to discuss certain other questions, such as the Statutes of the General Curia and of International Economic Solidarity. Yesterday evening, the capitulars gathered in the Collegio church for some time of prayer and adoration with solemn exposition of the Blessed Sacrament.