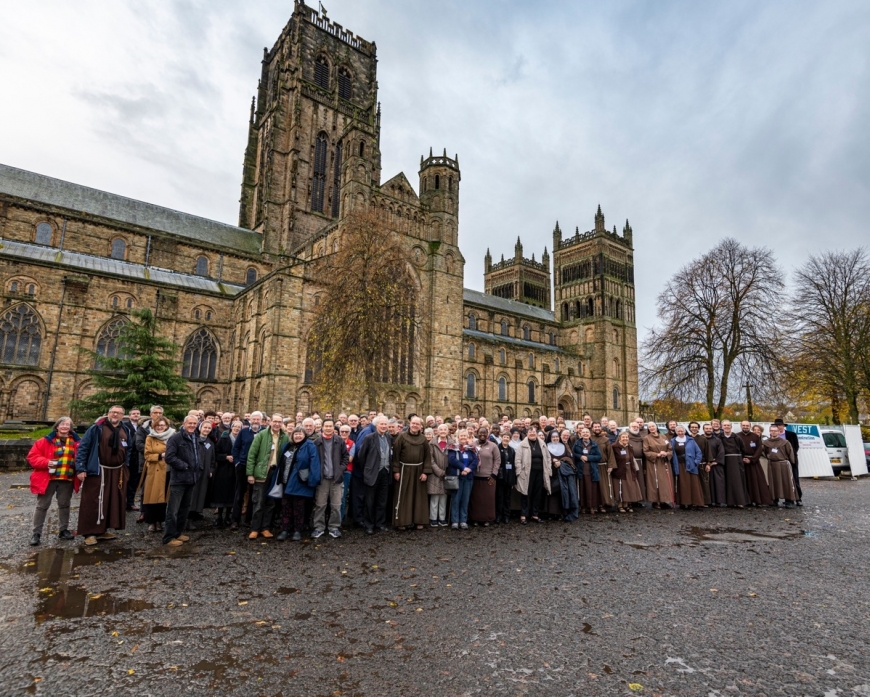 An international conference at Durham University in the north of England was held this November marking the 800th anniversary of St Francis’ meeting with the Sultan. The conference, named “The Franciscan Legacy: from the 13th Century to the 21st,” included almost 200 participants from around the world. The Centre for Catholic Studies at Durham University hosted this event at the initiative of Br James Boner OFMCap, Provincial Minister of the Capuchin Friars of Great Britain. This academic conference was well attended by Franciscan friars and sisters from both the Catholic and Anglican traditions; also, laity from various Christian denominations and those from the Muslim faith had all gathered to hear from various speakers on the importance of the Franciscan heritage, in light of celebrating this historic anniversary. Some of the main speakers included Prof Richard Cross, Sr Ilia Delio OSF, Prof Mary Heimann, Prof John McCafferty, Br William Short, OFM, Prof Mona Siddiqui, Prof John V. Tolan, Cardinal Fitzgerald, Dr Kristen Suenens, and Br Jason Wells OFM, among others. The notable presence of Capuchin Friars from various jurisdictions around the world was edifying and demonstrated the continuing desire of the friars to engage seriously the world today with the rich resources contained in our heritage. There were Capuchins from England, Ireland, the United States and Australia. Capuchin Brothers Ed Foley, John Celichowski travelled from the St. Joseph’s Province in the United States and delivered papers, while Brothers Thomas Piolata and Benjamin Johnson travelled from our International College in Rome to deliver their papers.

The spirit of Francis and his legacy for the Church was unmistakeable among the participants. The contemporary importance for engaging further with this spiritual and theological tradition was especially highlighted by the desire of Durham University, with its own great academic legacy, to host the anniversary of the remarkable event of St Francis’ meeting with the Sultan.

More in this category: « Historical Institute of the Capuchins Admirabile signum »