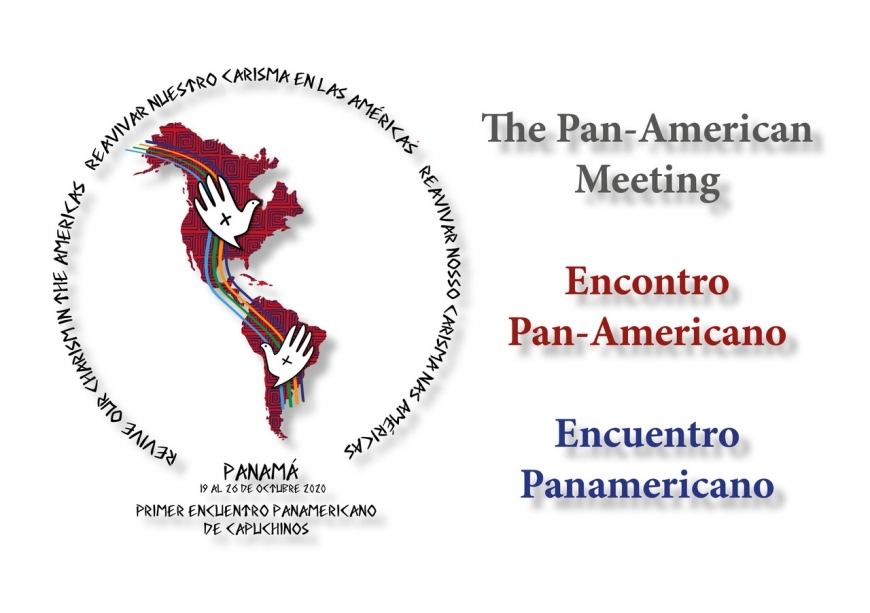 As the Pan-American meeting draws closer, we take the opportunity to acknowledge its source by considering the vision of the General Minister and the General Councilors responsible for organizing the event. We invite you to read the text and watch the videos in any of the available languages, in order to familiarize yourself with this new undertaking of the Order which is coming up soon.

“We are all witnesses that the world is changing, and is changing very quickly, very quickly. We recognize it by a thousand signs. Above all, we realize that people are changing, the People of God are changing. We Capuchins are also included among this People of God. Because life moves forward; because we want to walk with the world, too; because we want to be witnesses in this world that walks. For this reason, we thought we could bring together all the friars of the Pan-American continent for a meeting. The aim is clear enough: we want to better discern the ways that the Lord is communicating to today's Capuchin friars in the Pan-American world, in order that they might respond more coherently to current situations and be more effective in today's world. To proclaim God to these people.

How much solicitude Pope Francis demonstrated when he said that he wants an outgoing church. But an outgoing Church means one that will meet the world of today. If we tried to stick to our patterns of the past, we’d probably find out that they no longer have any effect. We really don’t want to stick to past patterns. This year we have this Pan-American meeting of all the Capuchin friars, which we anticipate with great confidence, because we are eager to review our history, to reassess the current conditions, to seek out together new initiatives that would be effective for the future of the Capuchin friars in America, both North and South.”

The Interviews with the General Councilors

The General Minister, Br. Roberto Genuin with his Council in his first letter – the initial letter of his sexennium “Let Us Give Thanks to the Lord!” – among other things, announced several international meetings on a continental level. One of these is the Pan-American meeting.

Along the way, we wish to get to know more about it from the small group of friars who are preparing it, namely the General Councilors.

What is the Pan-American meeting?

It will be a gathering of 80 brothers from all the circumscriptions of the Americas: North, Central and South. They will spend a week together with the General Minister and his Council to reflect on the life of the Capuchin Friars Minor in America, to articulate together the relevant questions and then to try to reflect on the answers. The meeting will focus on the theme: “Revive our charism in the Americas”.

Who will participate in this meeting?

The General Minister will be present with all the members of his Council; all major superiors of the American provinces, custodies and delegations; a lay brother from each conference and another friar from each circumscription, totaling more than 60 friars.

The speakers and presenters who are expected to attend are:

In addition to those present at the meeting, we would like that all the friars of the Americas have the opportunity to interact and be involved in the deliberations through the use of social networking. A channel will be set up on the Facebook Pan-American Meeting fan page through which participants around the continent will be able to interact live during the event.

How far along are the preparations at present? What is being done and what will need to wait until just before the meeting?

We aimed at establishing a year of preparation and anticipation for all the friars of the Americas: from October 2019 until October 2020. It began with a beautiful liturgical celebration held in every circumscription and with a prayer that is being recited in every friary for the positive outcome of this meeting.

For better coordination and animation, we’ve also created various pages on the internet through use of social networks: a Facebook page, an Instagram account, a Youtube channel and a website were created, where all the information can be found in the four main languages of the Americas, i.e. English, Spanish, Portuguese and French.

A series of three house chapters has been developed that is expected to be carried out in each local fraternity in the Americas, with the hopes of collectively arriving at the important considerations that are to be presented at the meeting.

A historical compilation is being developed that will clearly illustrate the path and influence of our charism in the Americas since the beginning. This will be presented during the meeting as well.

What does the logo chosen for this meeting represent?

From the entries of a contest, we arrived at our choice for a logo prepared by a Capuchin friar. The logo is simple on the one hand, but on the other it is rich in meaning. We see the writing that surrounds the whole logo. A font is used to commemorate the history of life in the Americas, hinting at its roots and evoking it with gratitude. Then, we see two dove-shaped hands, which remind us that we are the first to bring justice and peace among the people. Then, there is a river that crosses all the Americas and represents the Panama canal, a symbol of union, but at the same time of the richness and variety of colors represented by the diversity of American cultures. Finally, we see a graphic imprint on the map that indicates the signs of the Guna People, representing the native roots of the Americas.

Thanks a lot for all the information. We wish for you a good preparation for this meeting. We hope that the event will bear fruit for all the Capuchins of the world.
Thanks. Peace and goodness!

Resources on the Internet

More in this category: « The Franciscan Institute of Spirituality Anniversary of Laudato Si’ »