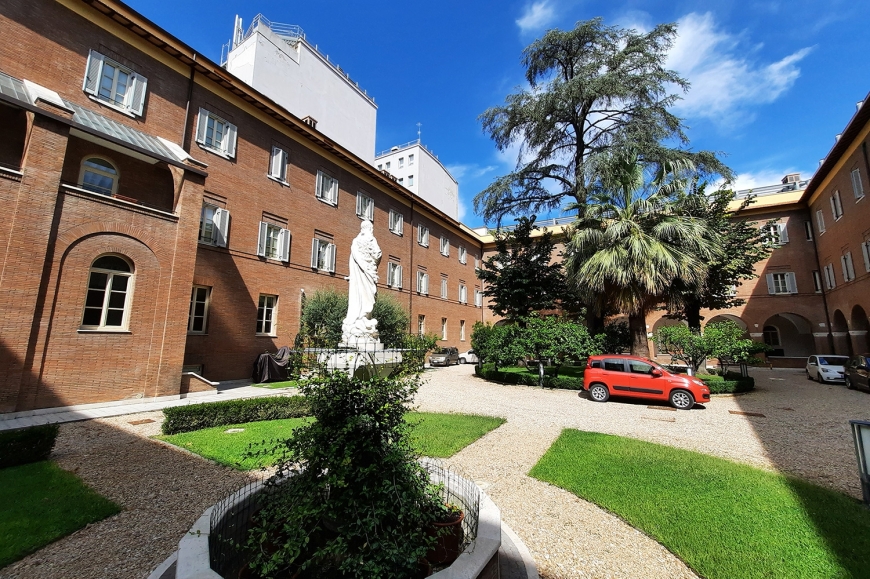 Br. Albert D’Souza, PR Maharashtra, India, who has served in the General Curia as Vice-General Procurator since 2013, will begin his new position as General Procurator on September 1, 2020. He succeeds Br. Antonio Belpiede, PR Foggia, Italy, who will return to his province after having held the position since September 2013.

Br. Suresh Majhi, PR St. Fidelis, North India, who in August of 2019 was called to the General Curia to collaborate ad tempus with the Office of Economic Solidarity, will continue his collaboration with the same Office, as a member of the Fraternity of General Curia.

Br. Onofrio Farinola, PR Puglia, Italy, who has served as 2nd Vice General Secretary at the General Curia since May of 2019, ends his term on September 1, 2020 and will immediately begin his new position as Secretary of the Franciscan Institute of Spirituality (IFS) residing at the International College of San Lorenzo da Brindisi.

Br. Antonio Belpiede, PR Foggia, Italy, returns to his province after having served as General Procurator since September of 2013 with much passion and dedication. We express to him our most sincere gratitude!

More in this category: « The General Curia Yearbook Letter of the General Minister »