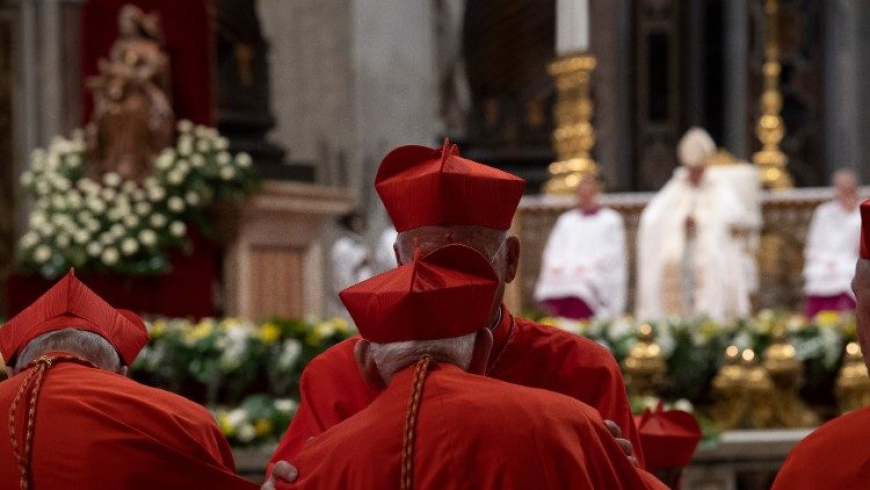 In a special announcement made after praying the Angelus with the faithful in St. Peter's Square on Sunday, October 25, Pope Francis named thirteen new cardinals for the Church, nine of them under the age of eighty and therefore retaining the right to participate in future conclaves; four of them are over eighty. As usual, this was unanticipated by anyone present as well as by anyone connected by media around the world.

Two of the new cardinals belong to the Roman Curia: they are Mario Grech of Malta, who is Secretary General of the Synod of Bishops and Marcello Semeraro of Italy, who was the former bishop of Albano and now Prefect of the Congregation for the Causes of Saints. The Pope named with them six pastors of local churches around the world: the archbishop of Kigali, Rwanda, Antoine Kambanda; the Archbishop of Washington, USA, Wilton Gregory; the Archbishop of Capiz, Philippines, Jose Fuerte Advincula; the Archbishop of Santiago, Chile, the Capuchin Celestino Aós Braco; the Apostolic Vicar of Brunei, Cornelius Sim; the Archbishop of Siena, Italy, Augusto Paolo Lojudice. With them the Pope also appointed the current Custos of the Sacro Convento in Assisi, the Franciscan priest Mauro Gambetti.

In addition to the nine cardinals under the age of eighty, Pope Francis named four new cardinals over eighty. They are Felipe Arizmendi Esquivel, Archbishop Emeritus of San Cristóbal de Las Casas (Mexico); Scalabrinian Missionary Silvano Tomasi, who is the current Apostolic Nuncio, a collaborator with the Dicastery for Integral Human Development and formerly a Permanent Observer at the United Nations in Geneva; Father Raniero Cantalamessa, Capuchin and current Preacher of the Papal Household; and parish priest Don Enrico Feroci of Divino Amore in Castel di Leva.

The cardinals wear the color of purple which indicates the willingness to sacrifice "usque ad sanguinis effusionem", even to the shedding of blood, in the service of the Successor of Peter, and even if they reside in the most remote regions of the world they become titulars of parishes within the Eternal City because they are incardinated in the church of which the Pope is bishop. 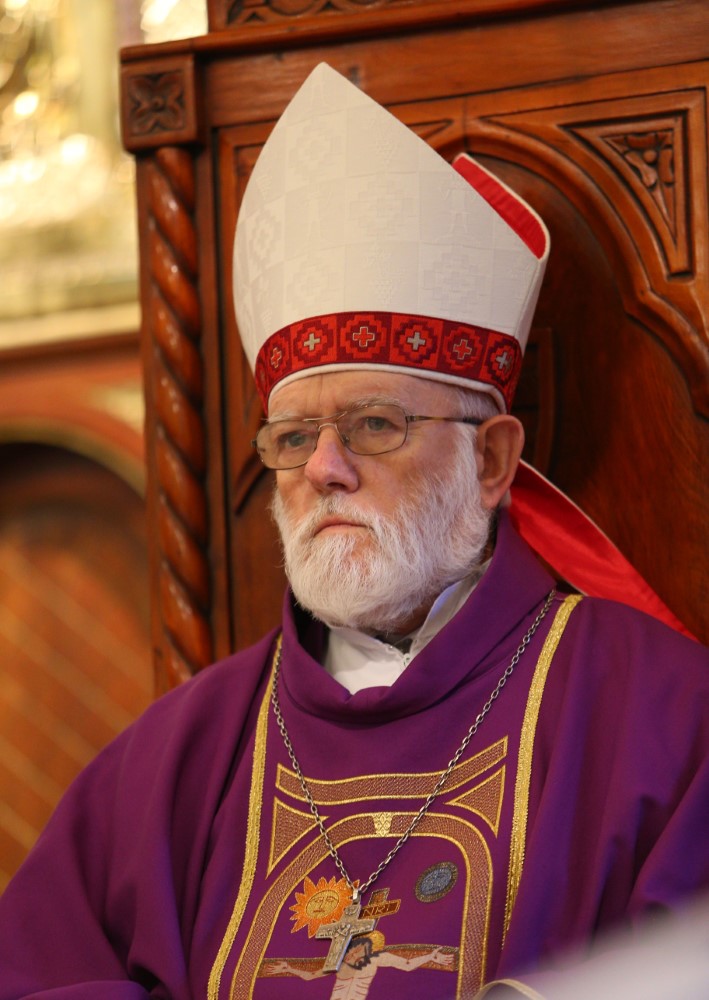 He was born on April 6, 1945 in Artaiz, Archdiocese of Pamplona (Spain). He completed his philosophical studies in Zaragoza and theological studies in Pamplona.

He obtained a Licentiate in Psychology from the University of Barcelona (Spain).

He made his temporal religious profession as a Capuchin Franciscan on 15 August 1964 in Sangüesa and his perpetual profession on 16 September 1967 in Pamplona. He was ordained a priest in Pamplona on March 30, 1968.

As a priest he subsequently held the following positions: in Spain he was professor in Lekaroz, Navarra, Vicar in Tudela, professor in Pamplona and Vicar in Zaragoza. Sent in 1983 to Chile he was assigned parochial vicar at the Parish of Longaví, superior of the community in Los Ángeles, parish priest of "San Miguel" in Viña del Mar, superior of the Community of Recreo, Episcopal Vicar for Consecrated Life of the Diocese of Valparaiso, and , since 2008, Parish Vicar of the Parish of “San Francisco de Asís” in Los Ángeles, Diocese of Santa María de Los Ángeles.

Bishop Aós Braco was also Provincial Treasurer for the Capuchins in Chile, Promoter of Justice of the Ecclesiastical Tribunal of Valparaiso, Judge of the Court of the Archdiocese of Concepción and Treasurer of the Chilean Association of Canon Law.

Appointed Bishop of Copiapó on July 25, 2014, he received episcopal ordination on the following October 18. On March 23, 2019 he was appointed Apostolic Administrator "Sede vacante et ad nutum Sanctae Sedis" of the Archdiocese of Santiago, Chile.

On December 27, 2019, Pope Francis appointed him Archbishop of Santiago, Chile. 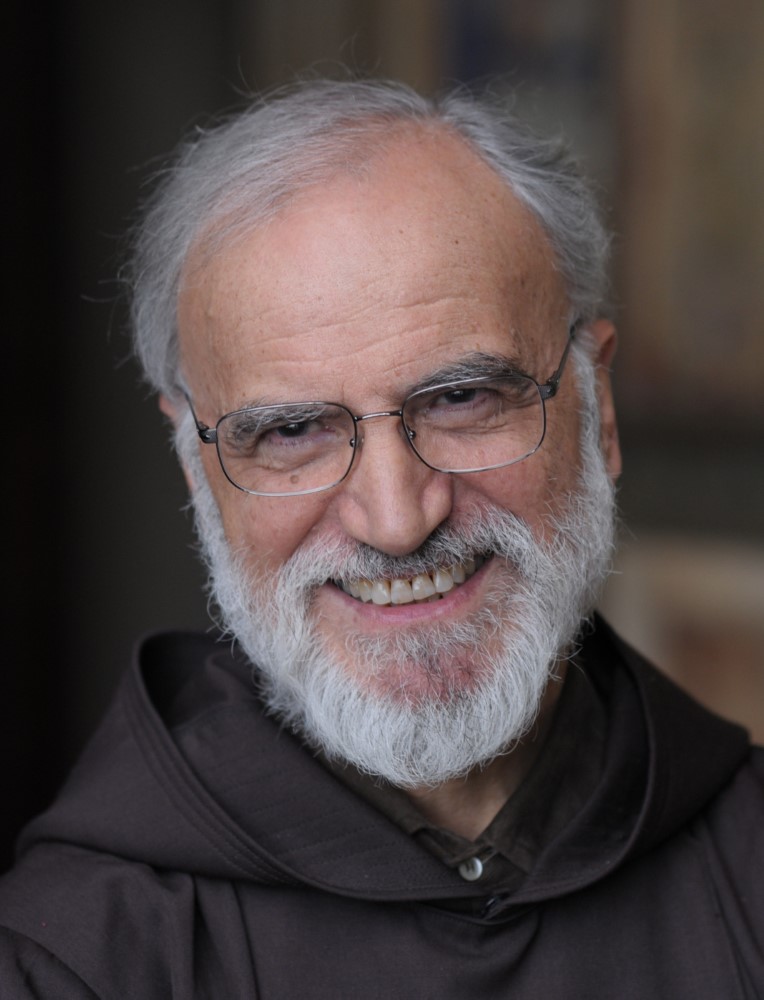 He was born in Colli del Tronto (Ascoli Piceno, Italy) on July 22, 1934. Ordained a priest in 1958, he completed his theology in Fribourg, Switzerland, and his degree in Classical Literature at the Catholic University of Milan. Former full professor of History of Christian Origins and Director of the Department of Religious Sciences at the Catholic University of the Sacred Heart in Milan, he was a member of the International Theological Commission from 1975 to 1981 and for twelve years a member of the International Catholic-Pentecostal Dialogue. In 1979 he left teaching to devote himself full-time to the ministry of the Word. He was appointed by John Paul II as Preacher of the Papal Household in 1980; confirmed by Benedict XVI in 2005, and on July 18, 2013 was again confirmed by Pope Francis in that same office. In this capacity, each week during Advent and Lent, he preaches meditations in the presence of the Pope, cardinals, bishops, prelates and superiors general of religious orders. He is also called upon to speak in many countries throughout the world, often by our brothers and sisters of other Christian denominations as well. He received an Honoris Causa degree in law from the University of Notre Dame of South Bend (Indiana, USA), in Communication Sciences at the University of Macerata and in Theology at the Franciscan University of Steubenville (Ohio, USA).

In addition to writing many scholarly books as a historian of Christian Origins -- on the Christology of the Church Fathers, Easter in the Ancient Church and other themes, he has published numerous other books on spirituality, the fruit of his preaching to the Papal Household, which are translated into c. twenty languages.

Video: The announcement of Pope Francis: Thirteen New Cardinals for the Church

More in this category: « DRC’s Cardinal Besungu appointed to Council of Cardinals Appointment of a New Guardian at the General Curia »