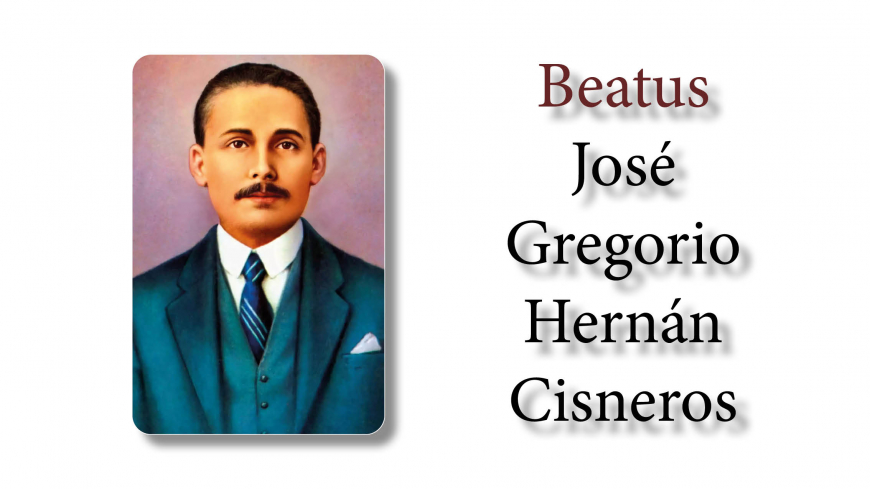 Known as "the People's Doctor" because of his great commitment to the sick and the poor, José Gregorio Hernan Cisneros, was beatified in Caracas, Venezuela on Friday April 30. He was born on October 26, 1864, and became a highly respected doctor, researcher and university professor. His beatification brings honor to Mother Church because José Gregorio was above all a committed Christian who made the Gospel his rule of life according to the Franciscan charism. But this was not merely by chance as on December 7, 1899 José Gregorio professed as a Franciscan Tertiary associated with the fraternity of the Church of the Madonna della Mercede in Caracas, Venezuela, run by the Capuchin friars. He died on June 29, 1919 following a car accident.

On the occasion of his beatification, Pope Francis published a video message in which he referred to new blessed as the "Great Foot Washing", for his great favor and commitment to the poor. José Gregorio not only refused compensation from them, but often gave them money for medicines. The Holy Father recognizes in this new blessed of the Secular Franciscan Order a universal model of holiness for the contemporary world. "Doctor José Gregorio," said the Holy Father, "offers himself to us Christians and to all people of good will as an example of a believing disciple of Christ, who made the gospel the criterion of his life, sought his vocation, observed the commandments, participated every day in the Eucharist, dedicated time to prayer and believed in eternal life, as a model of personal goodness and civic and religious virtues, openness, sensitivity in the face of pain, modesty and humility in his life and professional career and also as a lover of knowledge, research, science, at the service of health and teaching. He is a model of holiness committed to the defense of life, to the challenges of history and, in particular, as a paradigm of service to others, like a good Samaritan, without excluding anyone. He is a man of universal service .1” Blessed José Gregorio Hernan is the fourth blessed to come from Venezuela. His beatification enhances the legacy of the secular Franciscan Order and brings a particularly current expression of Franciscan holiness to the SFO, as well as to the world at large.

More in this category: « Commencement of the Pan-American Meeting The Capuchins in Ukraine »