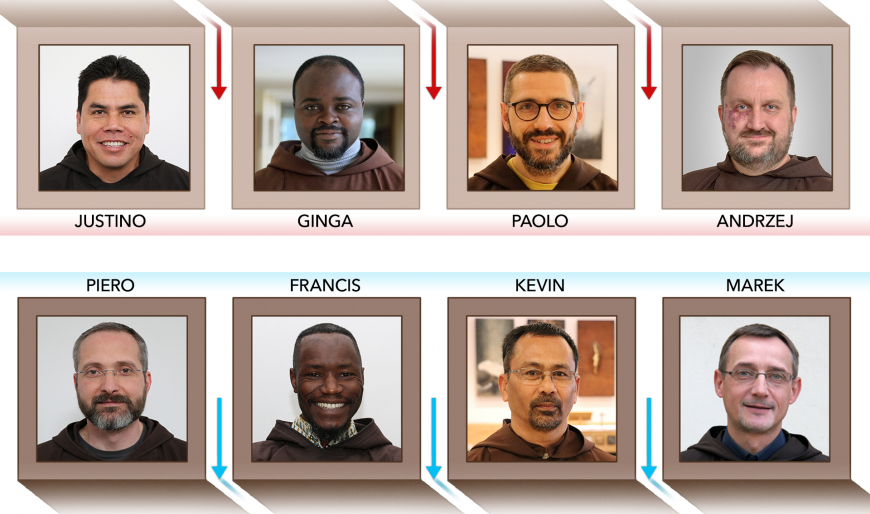 Br. Justino Sánchez Durán, of the Custody of Mexico-Texas, assumed the office of General Treasurer of the Order in September, 2021. He succeeds Br. Piero Vivoli who returns to his province of Tuscany, (Italy), after having held this office since May 2019. Br. Justino, since the beginning of 2019, served on the Commission of project managers for the Office of Economic Solidarity of the General Curia.

On October 1, 2021, Br. Tomás Ginga Panzo Suva of the Province of Angola will assume the office of Delegate of the Minister General for the SFO. He succeeds Br. Francis Bongajum Dor of the Custody of Cameroon who has held this position since September 2014.

There are also new guardian assignments for two houses dependent on the General Minister.

Last August, at the "I am the Light of the World", fraternity in Jerusalem, Br. Kevin Gregory Gonsalvez stepped down after serving five years as guardian and returned to his province of Tamil Nadu North, India. He was succeeded by Fr. Paolo Messina from the Province of Syracuse, Italy.

We extend to our brothers Piero, Francis, Kevin and Marek our sincerest gratitude for their tireless service to the Order and for their invaluable fraternal presence; and we cordially welcome brothers Justino and Tomás to the fraternity of the General Curia, and Paul and Andrzej to their new assignments – wishing them all fruitful terms of service to the Order. May the Lord reward each one with every possible blessing! 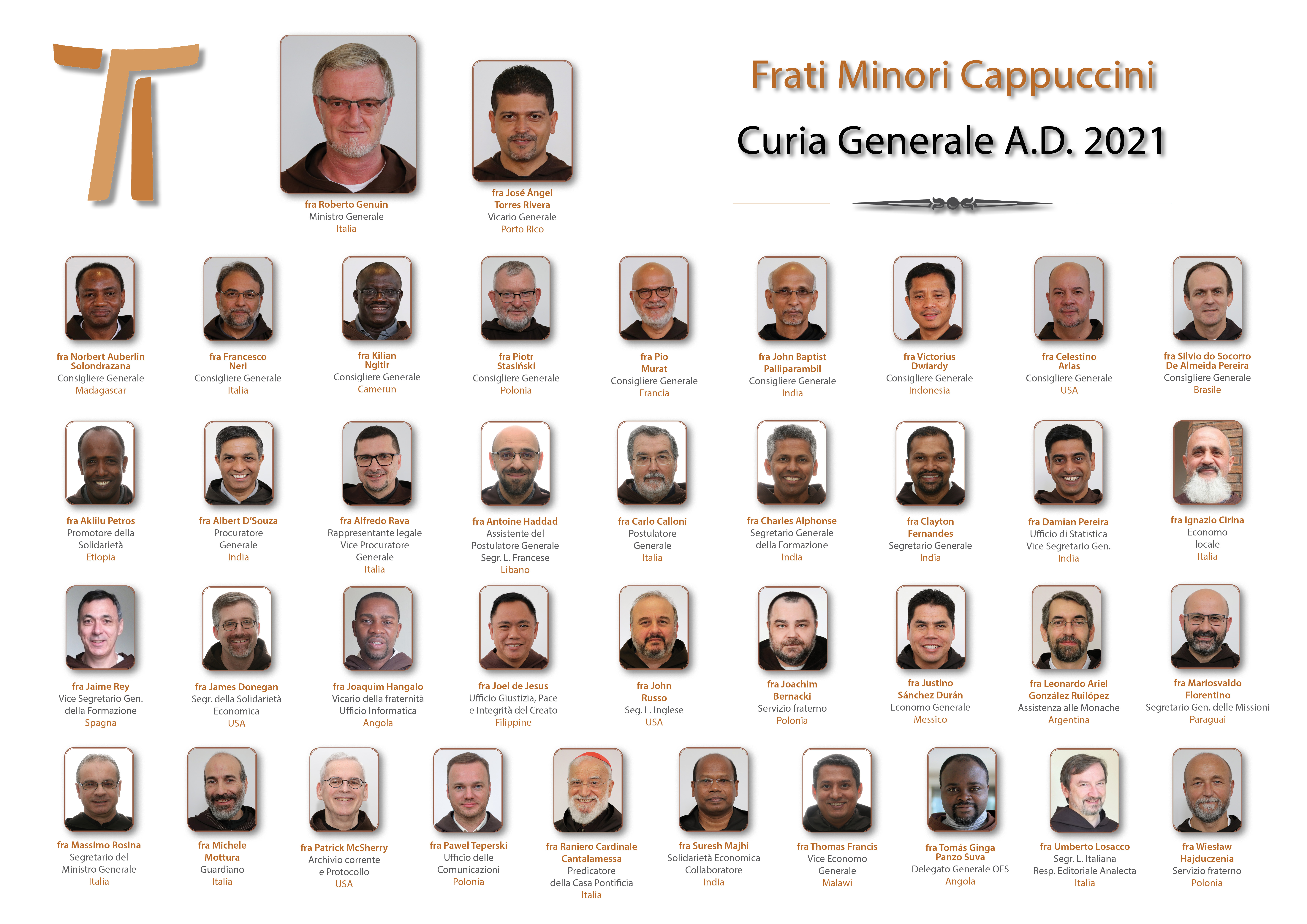 More in this category: « Imminent Meeting of the European Capuchins The Places of St. Francis »