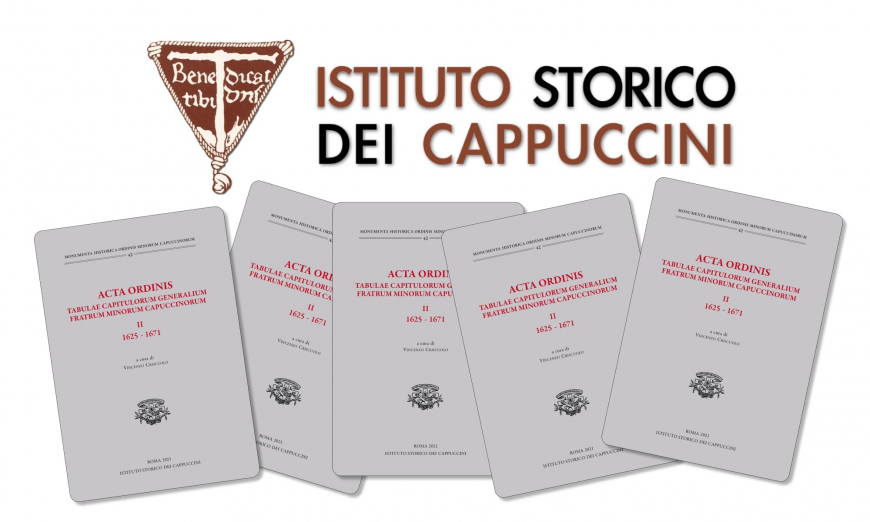 Here are the newly available books at the Capuchin Historical Institute for Fall of 2021. 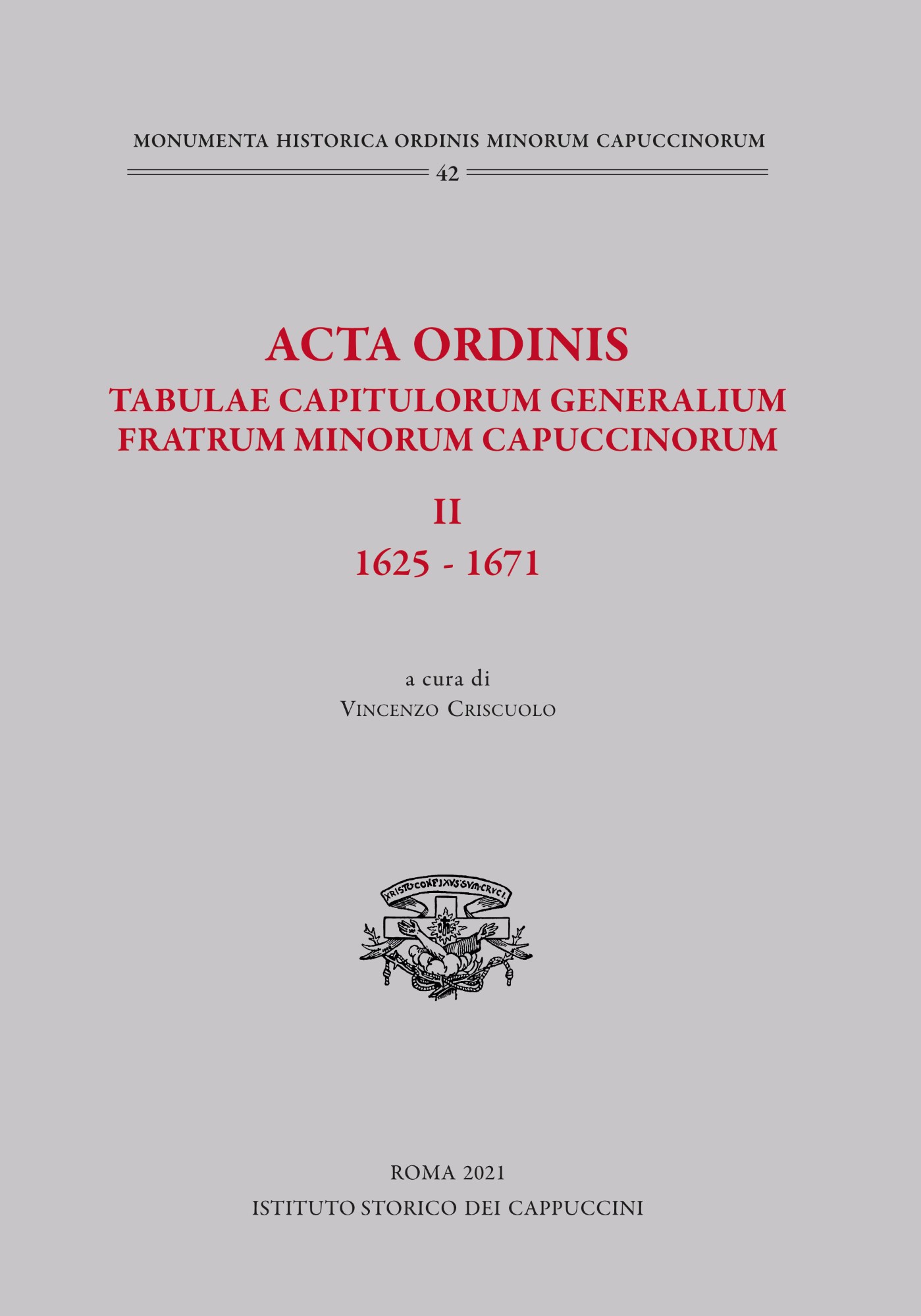 This volume reproduces the manuscript, marked as AG 2 and preserved in the Order’s General Archives: it is the second volume of the Acta Ordinis, relating to the celebration of eight general chapters, respectively 1625, 1633, 1637, 1643 , 1650, 1656, 1662 and 1667 (the chapters from 1529 to 1618 were treated in the first published volume). These chapters, which typically lasted about a month and with the participation of about 140 capitulars, were basically of an elective nature, but they also addressed emergent problems in the life of the Order, resolving them with other issues concerning observance of the rule and constitutions and various other aspects of life met by the friars both inside and outside the conventual walls. In the first chapters, discussions were common; but then, starting in 1656, commissions of eight capitulars were set up to address and resolve problems that arose.

During these same years, the Capuchin Order experienced constant growth, both in terms of membership and proliferation: at the time of the 1625 general chapter there were 1,192 recorded friaries and 16,967 friars; forty-two years later, during the 1667 general chapter, there were 1,509 friaries and 24,764 friars. This growth in numbers led to the birth of new provinces with the inherent problems – i.e., re-allocation of friars and friaries, setting up new areas for expansion and even establishing boundaries for begging (questoring). Also, during those years, there was a strong increase in missionary activity among the Capuchins, not only in Europe (typically where the Anglican, Calvinist and Lutheran presence was strong), but also in Africa (Egypt, Ethiopia, Congo, Angola, Benin), Asia (Turkey, Georgia, Kurdistan, Mesopotamia) and the Americas (Canada, Brazil).

A characteristic of the Capuchin general chapters has always been the creation of particular "Ordinances", real legislative measures concerning common prayer, regulatory observances, the safeguarding of a poor and austere lifestyle, the spiritual and cultural formation of young people, government on the general, provincial and local levels, the life and activity of preachers, the printing of books and leadership among the friars. Regulatory actions would often be quite particular, such as the prohibition of practicing exorcisms, friars eating in their cells and locking them up with a key ... even the prohibition of smoking or use of tobacco without a specific medical prescription.

More in this category: « The Franciscan Centenary 2023-2026 Martyrs of Manresa »