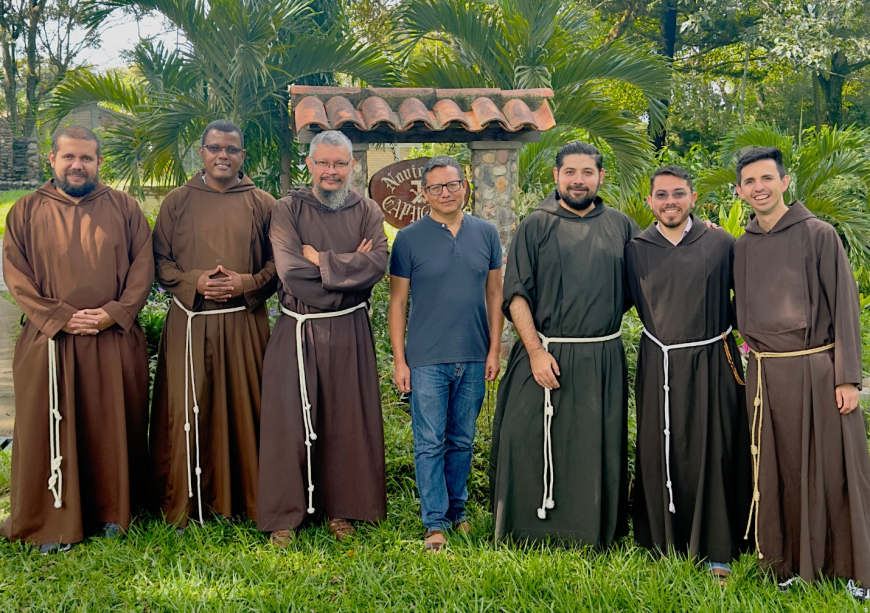 In the first week of November 2022, the Formation Secretaries of the different Custodies of the Central American and Caribbean region met at the novitiate of Our Lady of Hope in Honduras to reflect on initial formation and their journey together so far in the common novitiate project. The formation project involves the collaboration of 6 Custodies, and began this year.

During the meeting, the friars reviewed the history of formation in this region, and presented the different current aspects of formation. In addition, there was discussion on the various approaches to postulancy and the common novitiate program, presented by the brothers in charge, highlighting some important points and providing incentive for continuing to invest together in initial formation. The common novitiate project in the region of Mexico, Central America and the Caribbean was an initiative that was born from and strengthened through proposals developed at the Pan-American Meeting of Capuchins in the Americas.

More in this category: « Celebration of the Eucharist for the Deceased Brothers The Division of the Province of Austria-South Tyrol »