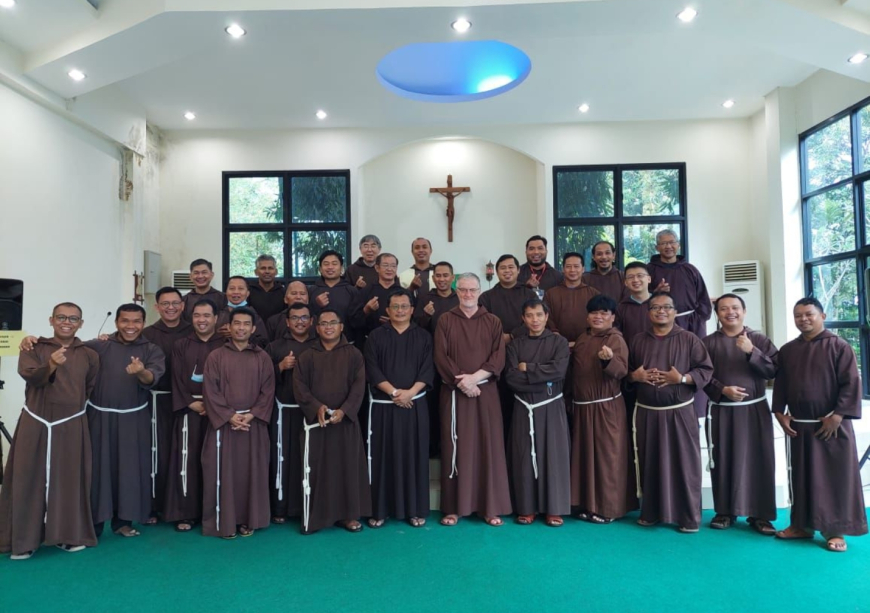 From November 21-30, 2022, a meeting of the formators of the Pacific Asian Capuchin Conference (PACC) was held in Pontianak, Indonesia. The meeting was attended by the General Minister and the Curia Secretaries of Formation. They addressed the topic of the Schola Fratrum and developed a reflection giving context to the values of our charism as indicated in the Ratio Formationis, in order to create a "Ratio Formationis Localis" for the whole Conference. In particular, the meeting focused on the third chapter of the Ratio, for the interest of considering proposals for a cooperative management of formation houses.

A second meeting was held December 1-3 at the same location. The General Minister met with the Major Superiors to reflect on the themes of the Conference, offering his support and inspiration for the journey of the brothers in this region of the world.

More in this category: « Taking Time to Reflect on the Implementation of the Ratio Formationis localis Franciscan Centenary »