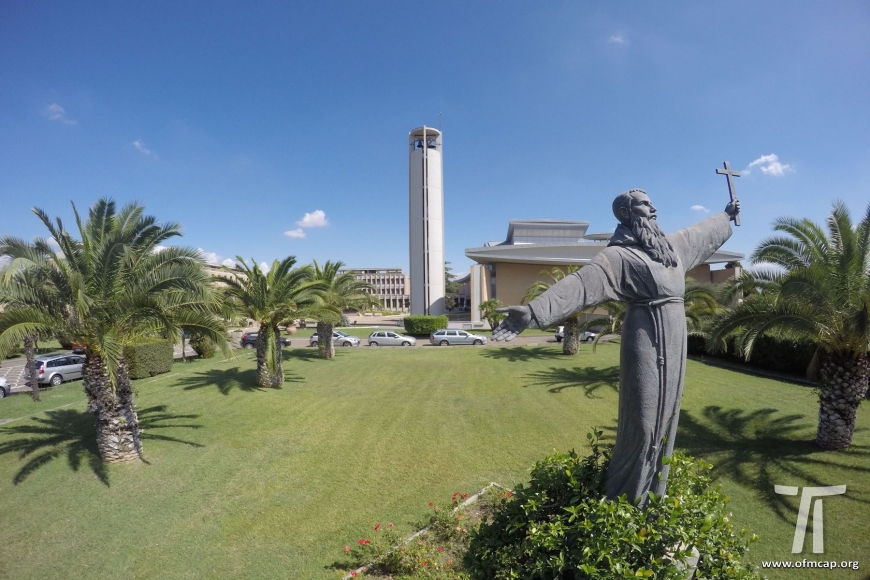 Rome, September 10. The high point of the General Chapter was the election of the Order’s new administration last week. The days that remain are given to discussion of certain questions on the life and organization of the Order. The following topics are on the agenda: statutes for the general custodies, houses outside the territory of a circumscription, and fraternal collaboration between circumscriptions. These will be treated both at the level of the coetus and in the plenary assembly, with voting as necessary. Beyond these matters, the General Chapter looks forward to other meetings and visits, such as that of the general ministers of the Franciscan family – OFM, Conventual, Third Order Regular, OFS, and the President of the Italian Federation of Capuchin Poor Clares – on September 13. The audience with Pope Francis is scheduled for Friday, September 14. On the 15 there will be final votes on the questions discussed in the preceding days. Finally, on September 16, a solemn Eucharist will be celebrated to close the General Chapter. Naturally, before the Chapter reaches its conclusion it will take care of other things, such as photos of the full group, the individual coetus, and the officials and other friars serving and working at the Chapter. The official Acts of the Chapter, on the other hand, are being carefully documented by the recording secretaries.

More in this category: « Official Photo of the new General Minister An Impassioned Discussion for an Improved Collaboration »