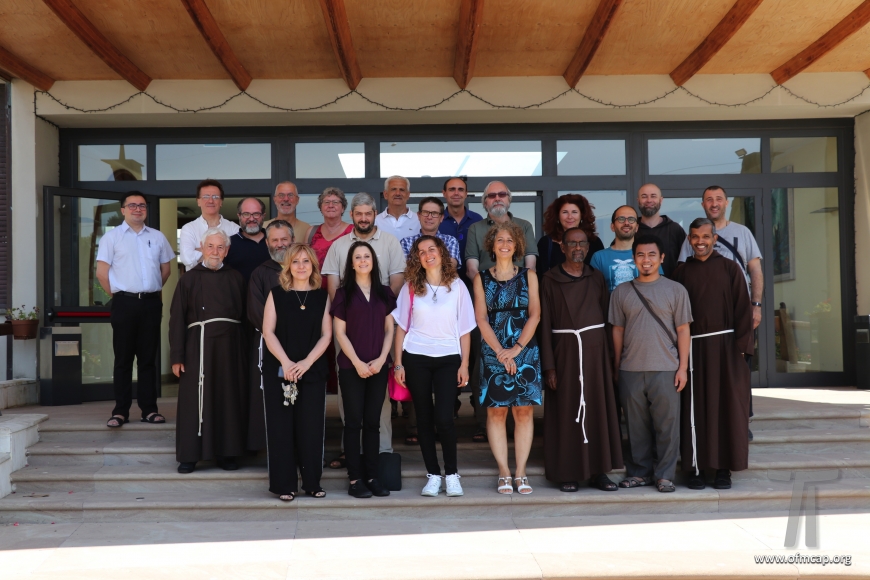 Rome. The 2019 Course for Religious and Lay Curators of Capuchin Libraries, Archives and Museums was held in Rome at the International College of Saint Lawrence of Brindisi from September 2-7. The course was organized by the Capuchin Central Library and General Archives, with the participation of the Franciscan Museum on the theme: The cultural assets of the Order for the initial and ongoing formation of the Capuchin Friars.

At the conclusion of the Laurentian Year, taking inspiration from the testimony of the life of the Apostolic Doctor, who understood how to combine culture, service, mission and apostolate, the meeting aimed to focus on what is available in terms of books, documents and artistic-cultural treasures for the friars of the past and of today in order to promote a shared reflection on the role and importance of Capuchin libraries, archives and museums in both initial and ongoing formation for the life of the Order.

Over thirty participants, from among friars and lay collaborators spanning four continents – Africa, America, Asia and Europe – and representing different generations, from 30 to 91 years of age, described their experiences, contextualizing them within their geographical and cultural areas of origin, in order to offer a wide-ranging view of the potential of the cultural heritage of the order present in documents, libraries and museums in the area of Capuchin formation.

Invited to open the weeklong work of the course, the General Secretariat of Formation took part with a report given by Br. Jaime Rey, also on behalf of Br. Charles Alphonse. Br. Jaime also brought the greetings and best wishes of the General Minister, Br. Roberto Genuin, as well as the General Councilor who accompanies the International Council for Formation, Br. Kilian Ngitir, and the entire General Council of the Order.

After the welcome speech by the Rector of the International College of St. Lawrence of Brindisi, Br. Andrzej Kiejza, the first large round table discussion was held, which was followed by three days dedicated respectively to archives, museums and libraries. In the 10 sessions of the course – articulated in reports presented in the morning by 17 curators and heads of cultural institutions of different Circumscriptions of the Order and afternoon round tables that engaged the lively participation of all those present – the positive aspects and critical issues concerning the management and use of cultural institutions in the Circumscriptions were analyzed, as well as specific realities and different local ideas.

The variety of situations that emerged offers a framework that corresponds to the current reality of the Order, but also of the Church, from the geo-demographic point of view.

The visit to the Basilica of St. Lawrence Outside the Walls, hosted and guided by Br. Luca Casalicchio on behalf of the Friars of the Roman Province who have the pastoral care of the Basilica, included the Torre dei Cappuccini as well as the historical part of the Campo Verano Cemetery, in a kind of cultural and spiritual pilgrimage which, combining art, history and remembrance, demonstrated how – thanks particularly to what we might term "cultural goods" – death does not have the power to cut off the vital dialogue between generations. Books, archival documents and museum heritage are in fact capable of perpetuating this dialogue in all its dynamic qualities, nourishing the charism of the Order cultivated over the centuries by the many brothers called to carry out their apostolates and give their witness in all the geographical and kairotic places throughout history.

The week, which also afforded us an opportunity to collect updated data for the catalogs participating in the international OPAC of Capuchin Libraries (www.ibisweb.it/bcc), ended with a consensus on the need for an ever greater and more qualified commitment of Capuchin cultural institutions in documenting, enhancing and transmitting all the elements that make up the cultural heritage of the Order, of which each friar is an heir and to which he is called to bear witness.

Next meeting is scheduled for September, 2020 for the next edition of the course.

More in this category: « Assemblies of the Delegations of the Karnataka Province Be humble and poor missionaries »