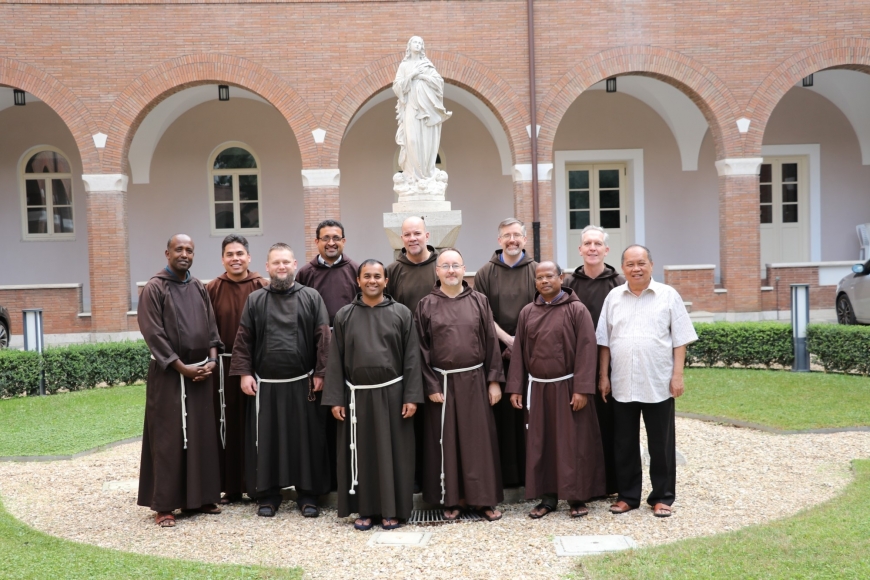 Rome. From October 14 through October 19, the International Solidarity Commission had its annual meeting at the General Curia, in order to consider the many requests made this year for funding from our Circumscriptions from Africa, Asia, Eastern Eu-rope, and Latin America/Caribbean. In total, ninety-one applications were studied, and for each one, a recommendation was made by the Commission to the General Minister and his Council regarding its technical merits and suitability for funding.

The Solidarity Commission is made up of seven brothers from throughout the world, each with a particular level of experience in working with projects or with a particular formation in such fields as accounting, marketing, administration, and social work. The current members are: Br. James Boner (PR Great Britain), Br. Louis Cinq-Mars (PR Eastern Canada), Br. Mario Dias (PR Tanzania), Br. Nitin D’Souza (PR Maharashtra, In-dia), Br. Anton Podgornyi (CU Ukraine), Br. Benyamin Purba (PR Medan, Indonesia), and Br. Justino Sánchez Durán (CU Mexico-Texas). The work of the group was accom-panied as well by Br. Celestino Arias (PR New York-New England), General Councilor who up until the most recent General Chapter had served as a member of the Solidari-ty Commission and as a Project Manager. Also present to facilitate the meeting were the brothers in the Solidarity Office: Br. James Donegan (PR New York-New England), Br. Aklilu Petros (PR Ethiopia) and Br. Suresh Majhi (PR St. Fidelis-North India).

In the past, this work was done by two groups that met one after the other: the Pro-ject Managers, who would study the applications for funding and make a proposal for how to proceed with them; and the Solidarity Commission, which would receive the proposals from the Project Managers and make a final recommendation to the Gen-eral Minister and his Council. At the end of the last sexennium, it was deemed that this structure had evolved in such a way as to duplicate the work, and so the two were merged into one, giving the name of Solidarity Commission and the work of the Pro-ject Managers to the new group.

The applications studied by the Solidarity Commission are divided into three main categories: Missionary Allowances, Initial Formation Subsidies, and Projects. Mis-sionary Allowances are for the maintenance of new missions as the brothers begin to establish the Capuchin presence in a new territory. Initial Formation Subsidies are for the purposes of aiding those Circumscriptions that are not yet able to sustain their own Initial Formation programs on their own. Projects are generally for the develop-ment of the basic infrastructure of the Order in our newer and growing Circumscrip-tions.

Each member of the Solidarity Commission brings his particular knowledge, from his previous studies, from his work experience and from his understanding of the needs of the Order in his particular region, into the examination and evaluation of the appli-cations for financial assistance. At the same time, however, all members of the Soli-darity Commission study all of the applications, regardless of their place of origin. In some cases, a brother from one region may take the lead on the study of an applica-tion which comes from another, particularly in such cases in which many applications are coming from the same region, or in order that the main study of a project applica-tion is not carried out by a brother of the same Circumscription. Thus, the work is done in a manner that is both objective and collaborative, in order to provide a set of recommendations and observations that is as robust as possible to the General Min-ister and his Council for their consideration.

We give thanks to God for the availability of these brothers to serve the Order in this manner, and we pray for the good of our missionary activity throughout the world.

More in this category: « Be humble and poor missionaries Visita Pastoral Visit to the Presedential Council of the OSF » 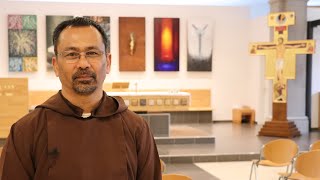