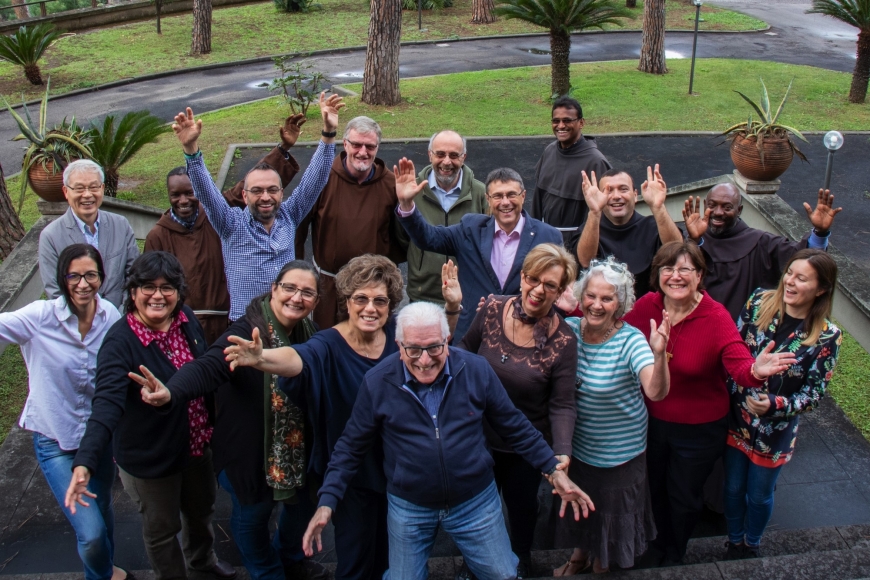 The pastoral visit to the Secular Franciscan Order "is a privileged moment of communion with the First Order and the TOR" (SFO General Constitutions, Art. 95.1). This time, the General Minister of the Capuchins, Br. Roberto Genuin, made his pastoral visit to the presidential council of the SFO (October 28 - November 2, 2019) on behalf of the Conference of General Ministers of the Franciscan Order and TOR – the visit taking place six years after the previous one made by Michael Higgins, TOR, in 2012. He was asked by the General Minister of the SFO, Tibor Kauser, according to the SFO Rule and General Constitutions, "to foster fidelity to the charism and observance of the Rule and to have greater help in the life of fraternity" (SFO Rule). In the first part, held at the Collegio Seraphicum, Br. Roberto listened individually to the members of the council, and shared with the council during some moments of their work. Finally, he dedicated a day of visitation to the ICSFO Secretariat, at 4 Via Vittorio Putti. According to the SFO General Constitutions, the visit was also made in the name of the Church and "serves to guarantee and promote the observance of the Rule and the Constitutions and fidelity to the Franciscan charism" (SFO General Constitutions, 95.1). Therefore, this was a particularly significant moment for the Secular Franciscan Order.