Integral Capuchin Touch
Fra. Salim Rizkallah Ofm Cap learned a new language when he was 80
Capuchin brothers have a tradition of integral touch with simplicity, selfless service and close connection with the needy who are forgotten by others due to their busy life or ignorance. This is to inspire and remind us all that we have a rich Capuchin tradition to thank God. But on the other side we need also to update ourselves so that we are relevant today where some of our traditional ways don’t appeal to our young people and those who seek for meaning and God experience. Can you imagine a 80 years old Capuchin brother learning a new language (Sinhalise) to help the migrants from Sri Lanka? Our Capuchin brother Salim Rizkallah from the custody of Lebanon is one of such people. Now aging around 95, he has done a lot of selfless service to the migrant workers from Laksehta (means haven of Sri Lanka in Sinhalese) collaborating with Fr. Martin McDermott Sj in Pastoral Care of Afro-Asian Migration Centre (PCAAM) and others. Seeing their sordid life conditions and struggles he jumped into serve the needy with his capuchin touch of simplicity and relational ability. He had such a tranformative leadership quality and was bringing together migrants from different countries to share their experiences, support one another emotionally, financially and also involve in humanitarian service to the fellow needy neighbours. He was able to influence even a few governments to start their embassy in Lebanon so that the migrant workers will have the possibility to approach them in time of need. When I met him some years ago there at our Friary in Beirut, in Lebanon he was already in his early 80s but actively involved in helping the needy migrants and others. 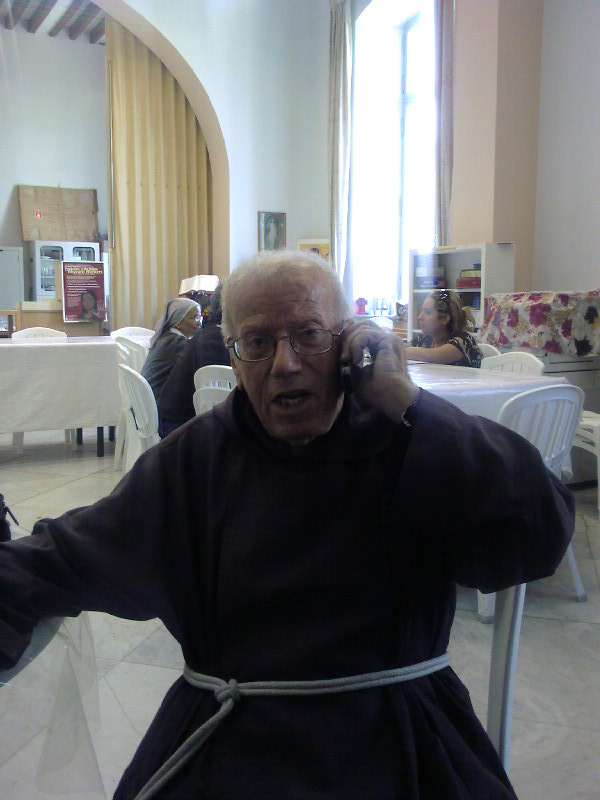 Br. Antoine Haddad Ofm Cap explained that Br. Salim has served thousands of refugees offering relief and other timely support of getting their documents cleared, medical and other helps. They hailed from Sri Lanka, Ethiopia, Philippines, Sudan and other countries.

Innovative Creative Helps (Radio programme & News letter)
He was so good to the migrants by creating a hotline facility to help them in emergency and for other basic needs. He explained that they can call him at any time to receive medical, and other helps. He prepared a multi-lingual directory with basic expressions indicated in many languages. This book was helping the migrants to express their grievances to the authorities in the local language. In 1980s Fra. Salim also started radio programmes collaborating with Catholic Church members and other religious groups. It started first in Sinhalise and Tamil languages for Srilankans, then in 1994 in Tagalog for Philipinos, Hindi, Malayalam for Indians, in 1996 in Akan & Ikba for West Africans, in 1998 a program in Amharic for Ethiopians. They were helping the migrants with a sort of consolation coming from talks, songs and programmes with religious themes, cultural songs, information about care centres, advice for a good living and relaxation. AAMC newsletter for non-Arab Africo-Asian Migrants published periodically gave the migrants to share their ideas and life experiences. In 2000, joining Caritas he also organized ‘Day of Migrants’ where on important days the migrant workers were able to come together to remember and celebrate their cultural richness by having a friendly meal together, watching a movie and involve in other cultural activities found in their countries of origin. Fr. Salim was also particular in monitoring the content of all the activities undertaken by his group members and was not encouraging things that will make the migrant waste money and activities that may lack ethical values. For him they have to save money, help themselves, reach out to others and their families. He was clear about his identity as a spiritual person who with his Capuchin Identity was reaching out to the needy neighbor close at hand. 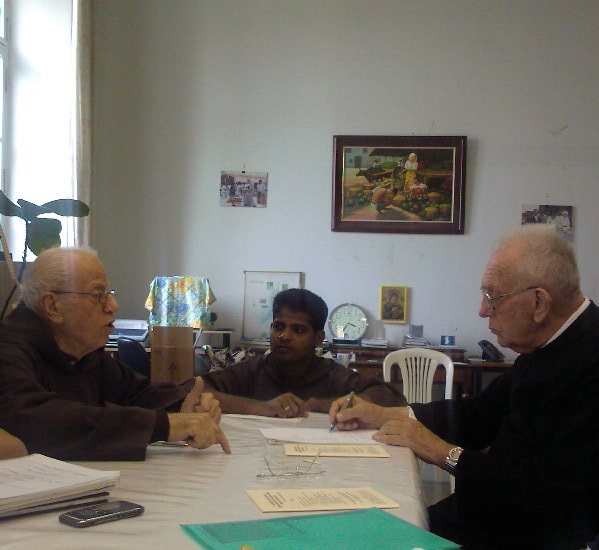 He had such a integral passion like Brother Francis and Sister Clare. One could feel the touch of compassionate love in his words and reaching out to the poor and alleviate their suffering. Even at the age of 80 when I met him one could feel the passion, speed and enthusiasm with which he was emanating the sense of urgency and the need to be prepared to serve the needy lest it is too late. Bravo Brother Salim Rizkallah!
Fra. Charles Alphonse Ofm Cap
General Secretary for Formation