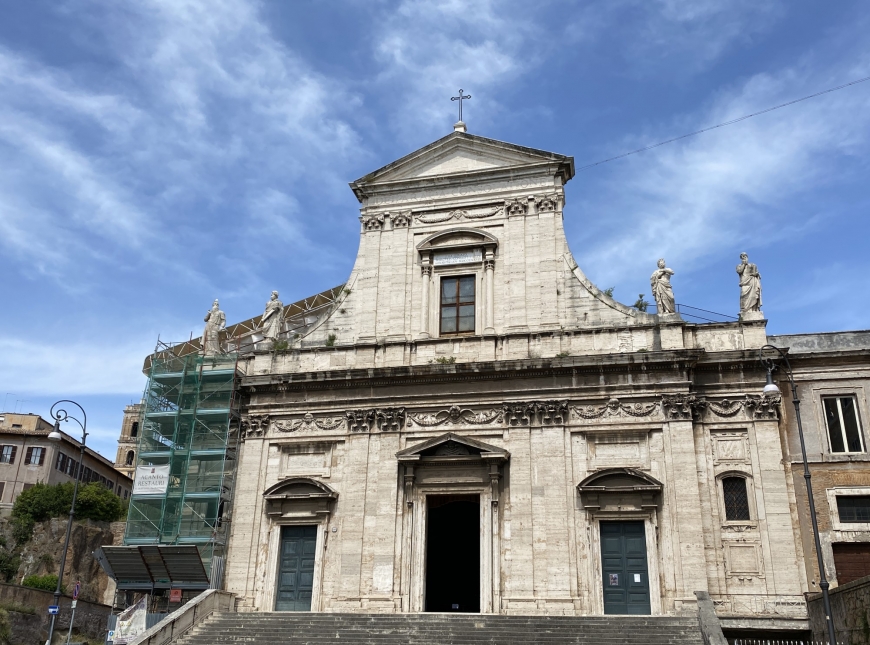 Il Convento della Consolazione has the great advantage of being located in the historical center of the city, allowing for easy reach to the various Pontifical Universities or professional offices. Despite its central location, it still maintains a peaceful environment, since it’s not adjacent to a busy thoroughfare in Rome.