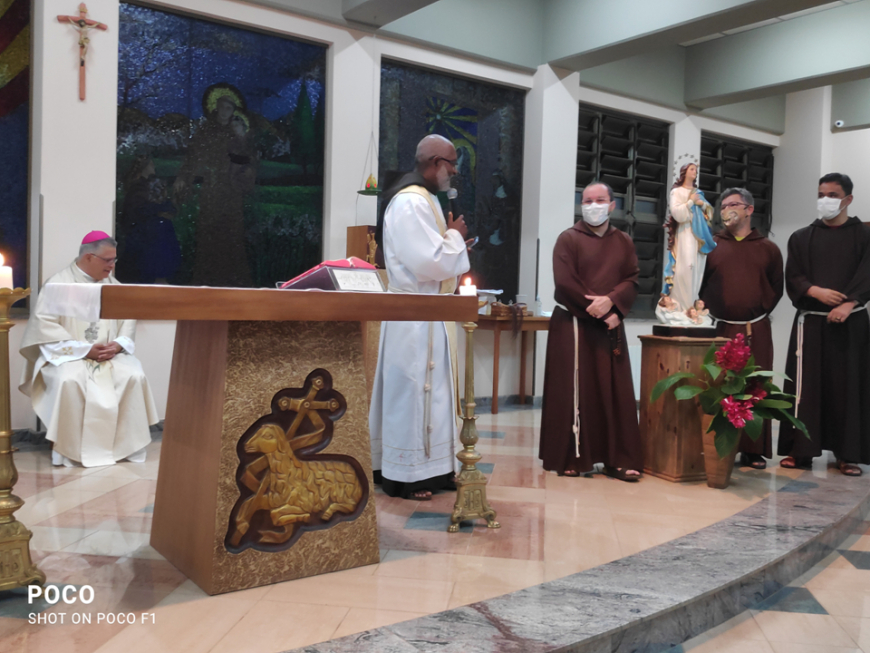 Pope Francis, already in Evangelii Gaudium, challenged us that, faced with a world that is constantly changing and full of possibilities, it is important to maintain vigilance and initiate processes that will help us to be signs of God's presence, without leaving aside our faith or shying away from the reality that surrounds us. We have a mission: to fertilize the world with the good odour of the Gospel.

The Church must initiate her members - priests, religious and laity - in this "art of accompaniment", so that all may learn to always take off their sandals before the sacred ground of the other (cf. Ex 3:5). We must give to our journey the healthy rhythm of closeness, with a gaze that is respectful and full of compassion, but which at the same time heals, liberates and encourages maturing in the Christian life (EG 169).

In this way we are provoked to open our eyes and heart to the Spirit and see that he is doing something new (Cf. Is 43, 19), and we cannot be deaf or indifferent to the calls of the Lord, because as pilgrims and strangers in this world (Cf. 1 Pt 2, 11) we place ourselves like the people on the Way (Acts 9, 2), always on the move.

RATIO FORMATIONIS: A WAY OF LEARNING, ADHESION AND INTEGRATION

A spirituality is an identity in action.

Our Capuchin Order, sensitive to the winds of the Spirit, under the guidance of good and vigilant Ministers General, has enabled us to take steps forward on our journey, aiming to be a living presence of Christ in history.

The Spirit is dynamic and generates dynamism. He leads us in history.

In the last twelve years, three documents ring out in a special way. Without forgetting the letters of the Ministers General and other documents, we think that these three are symbolic and energizing documents of our life from the institutional point of view, but above all charismatic: the Constitutions, approved in 2012, the eighth PCO in 2015 and the Ratio Formationis, approved in 2019.

The Ratio comes at a good time, and comes to provoke the Order to grow in dynamism and consistency, because it seeks at the same time to point to the fundamental elements of the charismatic axis, while welcoming and valuing the cultural elements where the charism is lived.

Concerning this text, it can be said that every document can be seen from different angles. Regarding our Ratio, we believe that three moments are very significant: its preparation, elaboration and reception or application.

In its process of preparation, the Ratio had a good participation of the brothers, who sent suggestions, additions, etc. In other words, it was a document for the Order and made by the Order, not only in the institutional sense, but in that of elaboration based on what the brothers indicated. In the process of elaboration, besides the writers, there was the contribution of the revision teams and the appreciation of the 85th General Chapter celebrated in 2018. The final approval will, of course, be given by the Minister General and his Council in December 2019. It is now up to us the last step, which is the reception or application of the document in the various realities of the Order. 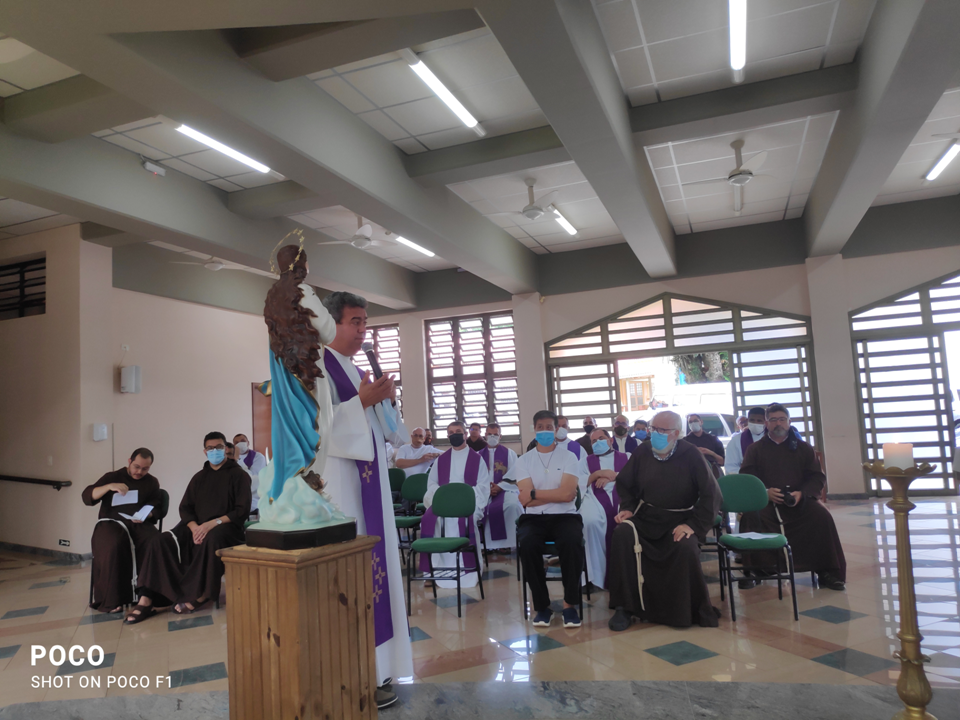 THE APPLICATION/RECEPTION OF THE RATIO IN THE CCB

One thing is the deposit, another is the content, although the two realities are not antagonistic, but rather enable us to remain faithful and to be creative, that is, they complement each other. With this understanding we try to start the process of the Ratio's implementation in our Brazilian reality, being faithful to the proposed text, but looking for ways to adapt it to our reality in a tone of creative fidelity (VC, 37). The first initiative was the printing of the text. The cover has an artwork done by a young friar - Br. Cassio (Prov. of St. Paul) who tried to give a bit of Brazilianness to our text. The face of the young friar printed on the cover is mestizo, as we Brazilians are, and is inserted in a panorama that tries to contemplate all the regions of Brazil, with its fauna and flora, with its sanctuaries and symbols.

To animate and articulate the area of formation in our Conference, we have the Schola Fratrum, which does not want to be a place for the transmission of information only, but for fraternal experiences, which presupposes study, prayer, dialogue, and understanding among the friars of the different circumscriptions, especially with regard to formation.

In 2019 we had a meeting of the Schola Fratrum to deal with the Ratio, even though still in the form ad Experimentum, in Hidrolândia-GO, with the presence of Br Jaime Rey and Br Mariosvaldo. The said document was approved at the end of 2019, and we had already scheduled for an edition of Schola Fratrum in March 2020, in order to work on the Ratio Localis. Unfortunately the pandemic did not allow it. So we were content to work in the circumscriptions and maintained dialogue with the secretaries of formation.

One initiative at the conference level was that of asking some friars for their opinion or comment on our document under study, since we believe that it must become the work of all the friars. Six friars collaborated with our reflection. Each one spoke from the point of view of his own situation as a friar. We thought it appropriate to ask our brother priests and lay brothers to try to contemplate these two realities of the Capuchin charism. We also took into account the geographical reality, so we asked brothers from different regions of the country and we also took into account the age aspect. To listen to the brothers belonging to different age group also helped. The collected text then was delivered to the Schola Fratrum.

Even in the midst of the uncertainties caused by the pandemic, we succeeded in organizing our Schola Fratrum in the month of March 2022, at the seminary of Santo Antonio, in Serra de São Pedro-SP. Brothers from all the circumscriptions were present and it was a week of intense fraternal living and deepening of the Ratio Formationis.

We tried to interweave the contents proposed by the Ratio with three areas, which we felt we should emphasize even more: JPIC, mental prayer and communication.

These aspects are of fundamental importance today for the life of the Order in Brazil, and are not annexes or appendices, but are linked to the very existential axis of the Order. The dynamics of JPIC must accompany the entire formation process, because it is linked to the very living of the charism, its impact on the world of the poor, the promotion of peace and care for creation. Mental prayer, a heritage of the most genuine Capuchin tradition, is almost never spoken of among us, so bringing it into our experience, talking about it, and above all practicing it, is extremely important. And the theme of communication, today more than ever so necessary, and at the same time so challenging, because it exposes us, for better or for worse, must accompany and be accompanied throughout the formation process.

This issue of Schola Fratrum did not aim at concluding with a ready-made Ratio Localis, because it requires the dimension of process, which is not exhausted in one week. It should also be taken into account that our conference is vast and diverse. Even if some circumscriptions have already made an Instrumentum Laboris, it requires from us as a conference a longer and more detailed work. Not extensive, but limited with regard to what we propose as Ratio Localis of the Conference and what each circumscription will add. Our meeting was the "kick-off" for the journey of common elaboration.

The Schola Fratrum 2022 was enriched by the participation of the Secretaries of Formation of the Order, Brs. Charles and Jaime, and of Br. Joel, responsible for the JPIC of the Order, as well as by the presence of the Formation Councillors of the Order for the Americas, Brs. Brian Tray, Roberto Martinez and Ramon Morillo

The JPIC meeting of the CCB was held at the same time as our meeting, with the presence of members of the other conferences (CCA and CONCAM). 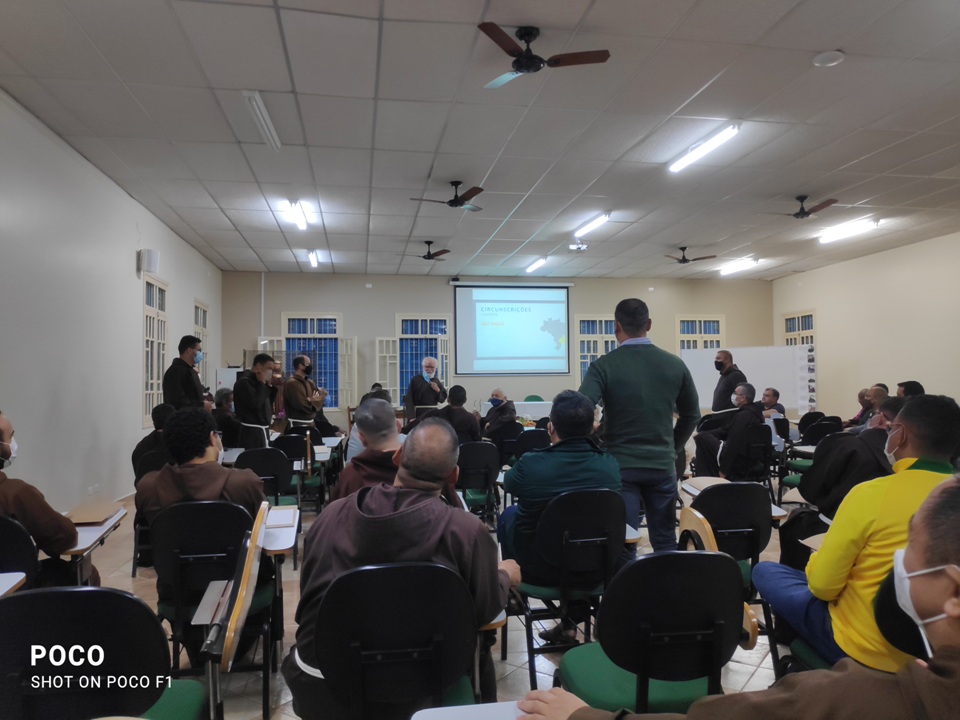 During the week of our meeting, we had a meeting of the secretaries of formation of the Conference and there was an election for the new coordination of Schola Fratrum which was entrusted to the friars Adriano Borges (RJ), Daison Fermino (RS), Alexandre (CE) and Klenner Antonio (BC). Adriano Borges (Prov. Rio de Janeiro) as the new member of the International Council of Formation for the CCB. 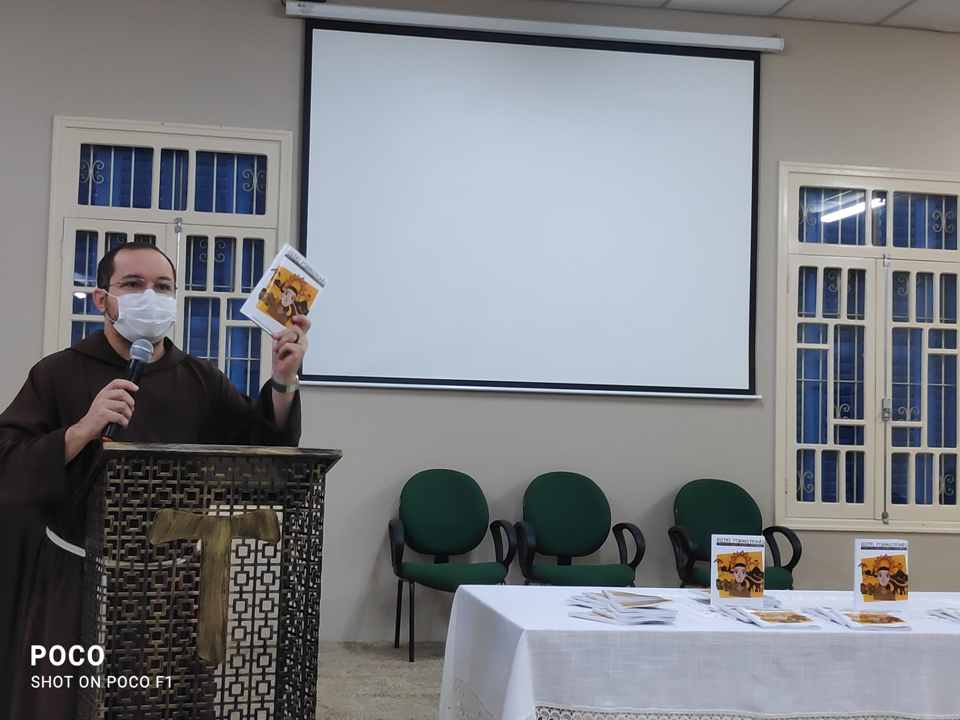 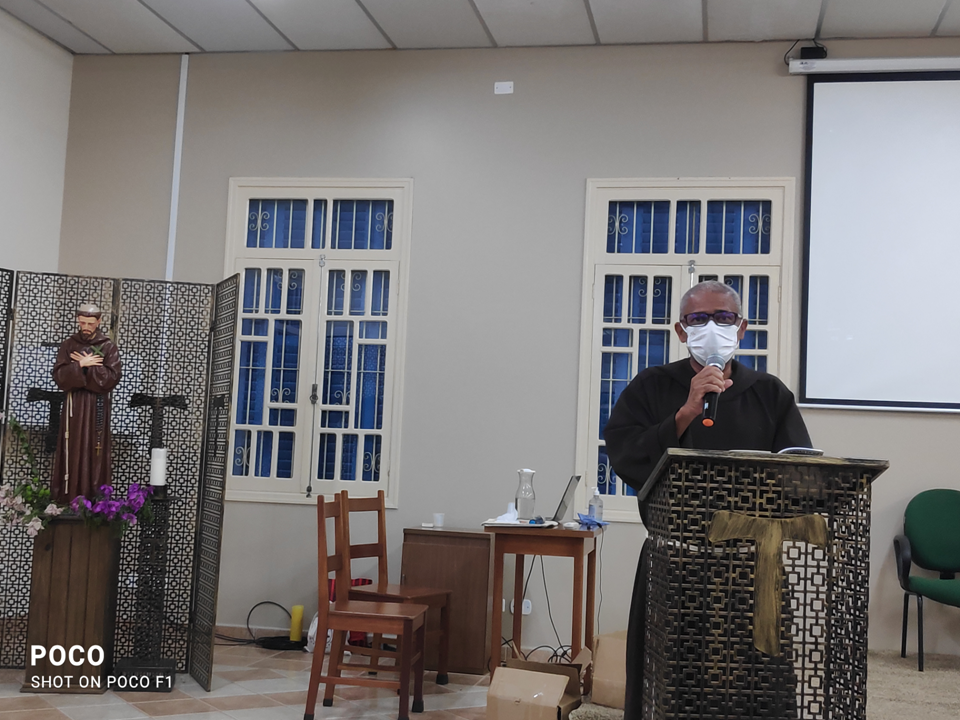 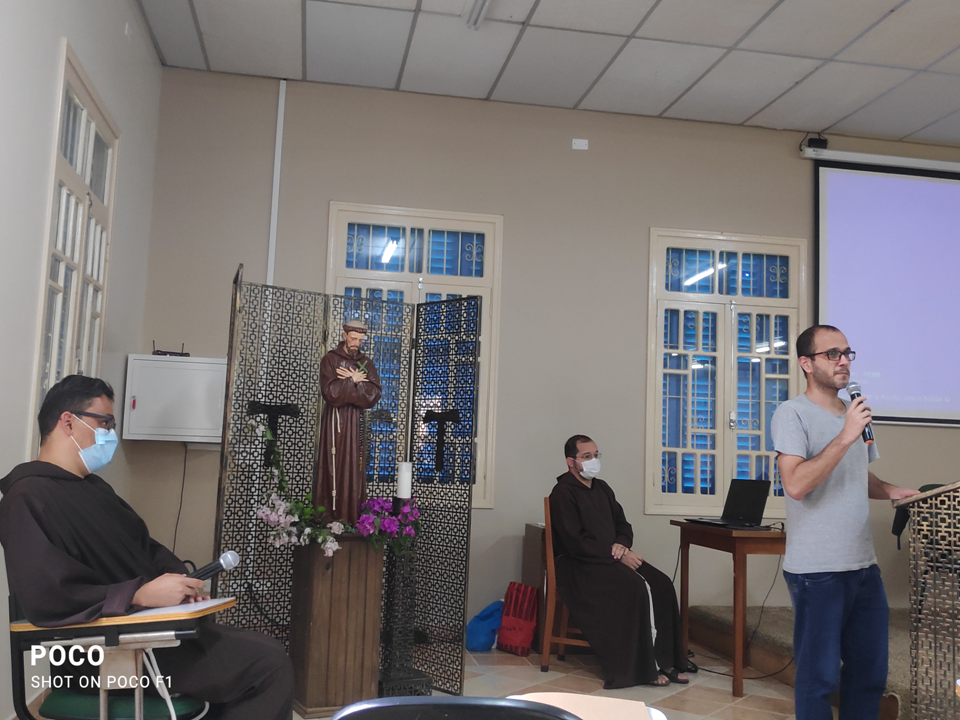 More in this category: « Heritage Course (Spanish & Portughese) 2022 Work and Pray for Peace in the world »